Today was a great day! We woke up to the sun shining, even though it was a little cold. we were happy to see the sun. We had to be out of the house early enough to catch our 9:37 train to Chichester. I planned for us to visit Weald & Downland Open Air Museum. This is where they filmed portions of the Tudor Monastery Farm (TMF)! If you are interested in Tudor history it is a must and it is my favourite show.

It was going to be a bit of a gong show to get there. You see we had to catch the Portsmouth to Chichester train. When we arrived in Chichester, we had to catch the #60 bus going to Midhusrt. We then had to hop off at the Groom's yard in Singleton, and walk 1 km to Weald & Downland. It could have gone so horribly wrong, but thankfully I had planned it like crazy! I was so excited to go there. Mel and Dave raved about it!

Another bonus, is that if you came on the stagecoach, you got 20% off your entrance fee! YAY! So off we go for a lot of walking. If you plan on visiting, just remember that their map makes everything look really far away, it isn't...lol. I forgot how close everything is on a map here.

I was so excited to see the view above, they used this in TMF! I was giddy like a school girl meeting One Direction! See....?

Well Ok maybe not, but I was super excited. so we travelled around the site, amazed at the thatched roofs and how thick they were. So all of the homes and buildings here were taken from other locations around England. They basically dismantle them to save them. Some come into their hands in very poor condition, but the historians try and work out how this building may have looked. We travelled up to the Brewer's cottage, which was really interesting since there was an interpreter actually making ale. Now this ale would not have been carbonated, he was in the process of heating the copper bowl over a fire. In a special "stove".


He stated the problem with this set up was that they didn't add the proper holes in the brick so that the heat could go around the copper bowl, as it was it would only heat from the bottom. He encouraged us to come back a little later to see the cooking process.

We then moved to the other buildings and found the cheese room! Woo hoo!


We then moved along to the Tudor kitchen where they were in fact doing some cooking of bread, fritters and making butter. The room has no chimney, so it was very smokey. All I wanted to do was get dressed and go and play with them. :( That right there is my ideal job.

It was really interesting to try what they were making, the flat bread was cooked most likely at the end of the day since they didn't want to heat up the bread oven. It was cooked on the metal griddle in the fire. The pot next to it contained oil, that is what they fried the fritters in. The mixture for the fritters was flour, beer, spinach and onions that had been fried sweet. it was then mixed together and formed into balls (but not as neat, more of a dumpling shape) and put into the oil till cooked. It was delicious. They flat bread with the home-made butter was great too. Definitely whole wheat. This was one of my favourite parts!

After the kitchen, I wanted to check out the house they used in TMF, and it was right next door.

This is the main hall of the building. The windows have large shutters to open and close depending on the weather. The back wall has a painted wall hanging and a table set for a meal. It is a very large room.
What is interesting here, is that the fire is in the centre of the room, it was only used for heat, not cooking. The clay pot in this picture was to keep the embers hot overnight, so that they could start the fire in the morning. All the cooking of food was done in a separate cooking house, to try and eliminate the possibility of a fire burning down the house.


There were 2 bedrooms in this home, each with their own staircase. Most likely the masters room and the children's rooms.

After visiting all the Tudor buildings, we decided to head back to see what the brewer was up to. When we arrived he had put in the barley and hops into the copper bowl over the fire. It was just starting to smell the yeasty smell of cooking barley sugars (like the smell you get near a Molson plant in Montreal).

When we saw them in cheesecloth bags, we were surprised. I didn't even think about how they would do this, but the copper bowl could not be removed, so for cleaning it made more sense to keep all the ingredients in linen. Here you can also see the ratio needed for making ale. It had a wonderful smell.

Weald & Downland have the most amazing views, the homes that are beside the museum are just spectacular. It would be so easy to pretend to be in Tudor or Medieval times in a place like this. Oh yes and the pigs were enormous!

We made our way back to the shop, to see if there was anything I wanted. They had lots of fine pottery, but nothing I couldn't get back home from our pottery throwers. BUT...there was a book, a very expensive book that I had to have. It only came out in December last year...so brand new! I have already read 3 chapters. It is amazing. He worked at Hampton Court and he also has a medieval version of this book. I am in heaven, but it is a huge book! 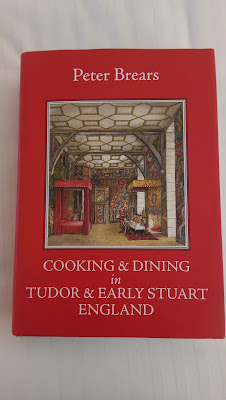 After paying for my purchases, we walked the km back to the bus stop and made our way back to Chichester. Next time we are in England we will go there, it has a beautiful Cathedral we didn't have time to go into, as well as a beautiful main street. we got back to the bus station, and then made our way to the train station. We were arriving at Victoria Station. That was a crazy place at 6pm on a Monday. There were so many police armed with automatic weapons and hand guns...never seen it before. There were dog sniffers and regular police...crazy! The amount of people was intense too. We were glad to make it back to Rob's place for dinner.

So today we are off to Westminster and a museum and possibly SOHO.