I was very lucky in March to be invited by Alan Neal from CBC's Radio One program All in a Day to cook something Tudor for their "D is for Dinner" segment.

I decided to cook 2 recipes for the show. I made a Tarte Owte of Lent (cheese tart) a recipe from Hampton Court and Gyngerbrede (gingerbread). 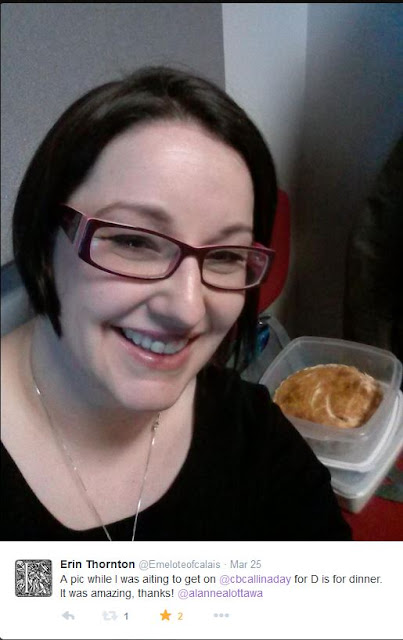 Here is the picture of the tart in question. :)

The recipe called for Cheshire cheese which I had never had before. I found it in the cheese section at Farm Boy in Cornwall. What I found really interesting is that it had a similar consistency as feta cheese.

So it was a lot of fun being on the radio. Here is the sound bite, if you want to hear the segment. 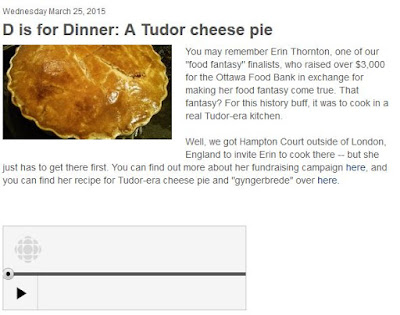 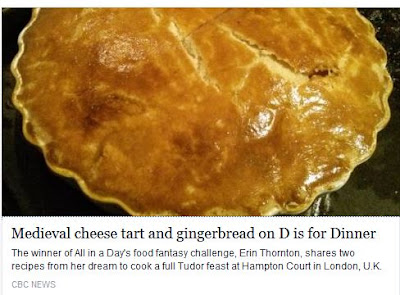 I was really nervous that it would turn out...there are always things I would want to do to change adjust the recipe, but all in all I was happy with the results.

Email ThisBlogThis!Share to TwitterShare to FacebookShare to Pinterest
Labels: All in a Day, D is for Dinner, Food Fantasy Challenge, Hampton Court Palace, Tudor cooking